The new Rash Field - A story in pictures

The first installment of the new Rash Field design at the InnerHarbor is now complete. Intended to  to reduce barriers and turn a, in the designer's words, "mono-activity site" into a multi-activity site and in the making for at least 5 years not counting earlier incarnations of Rash Field designs that included an underground parking deck. (For public input meetings and other resources regarding this project see here)
Even though the project was conceived somewhat more in isolation than an overhaul of the entire Inner Harbor area would require (see my 2016 blog here) the result is a much needed attraction.
Last Friday in the late afternoon fall sun, the new park with its many children play areas was teaming with people. The counterpoint of the design, a 1,200 sf future cafe is not open yet and nothing is known about the selection of an operator which the Waterfront Partnership solicited in June of this year. Still, the small lawn tilting up to a pointy lookout on top of the cafe with a view towards downtown attracted folks just as much as the new skatepark and the new pathways and benches. With all the new offerings in their new and crisp state, one can easily see how tired much else at the Inner Harbor looks.
While older Baltimoreans continue to fret about what it would take to return the glory of Harborplace's former self, young people seem to have no problem accessing the new offering at Rash Field.
Below a set of impressions. 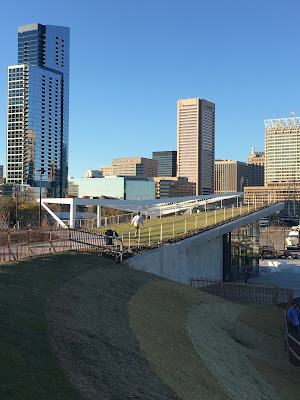 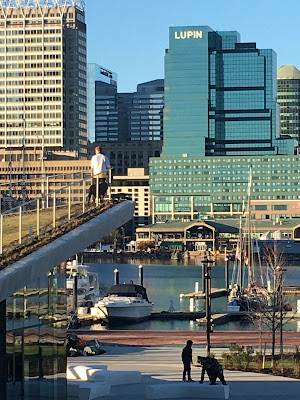 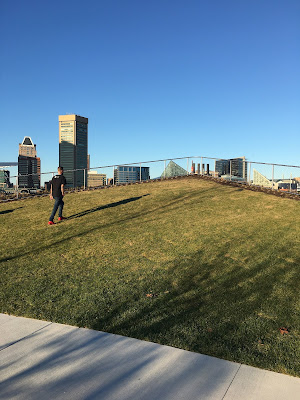 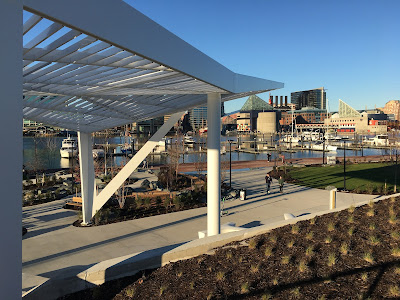 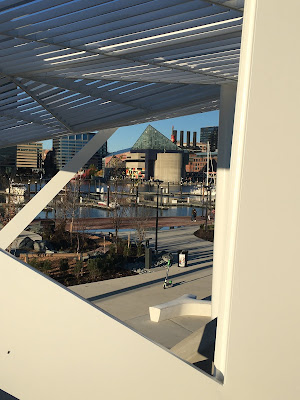 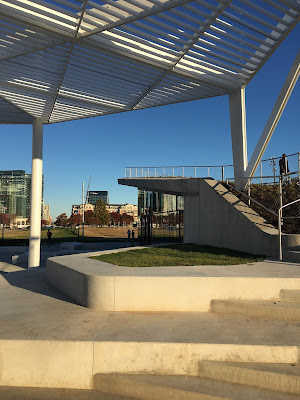 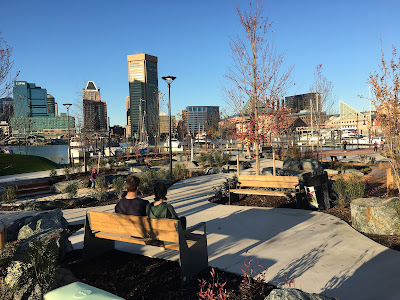 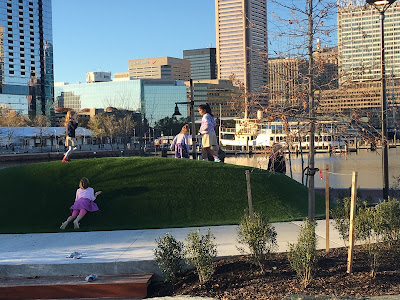 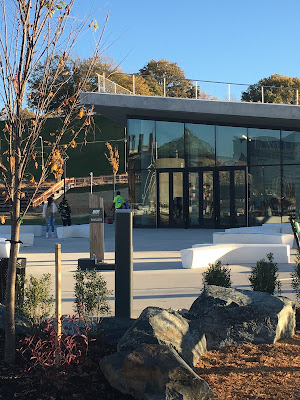 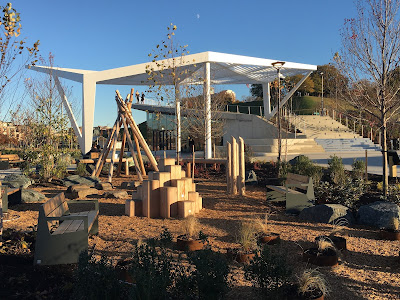 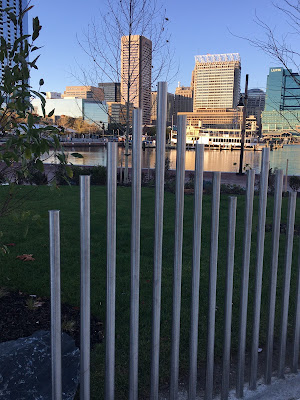 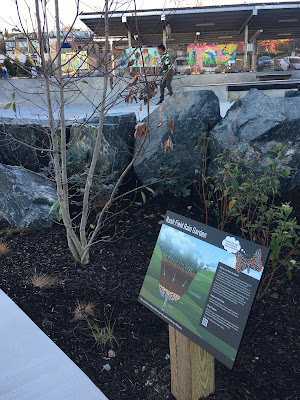 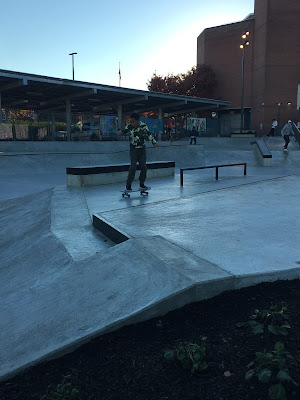 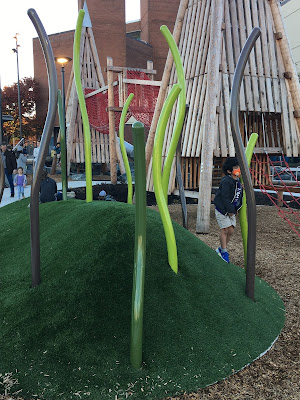 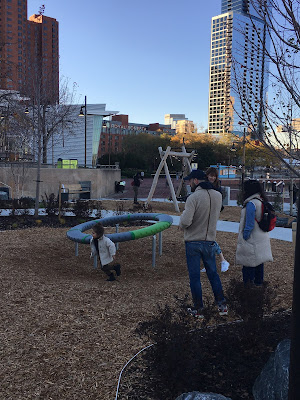 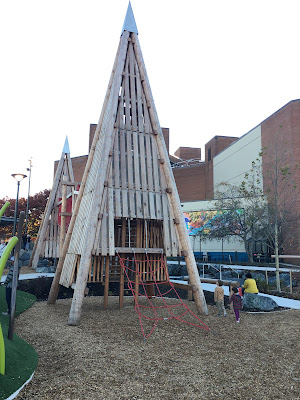 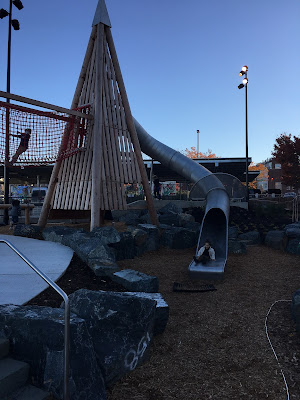 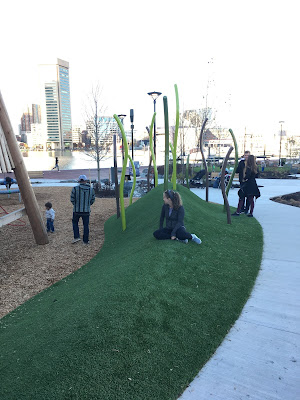 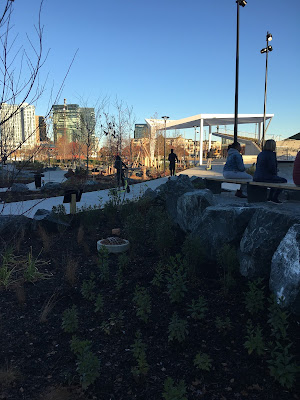 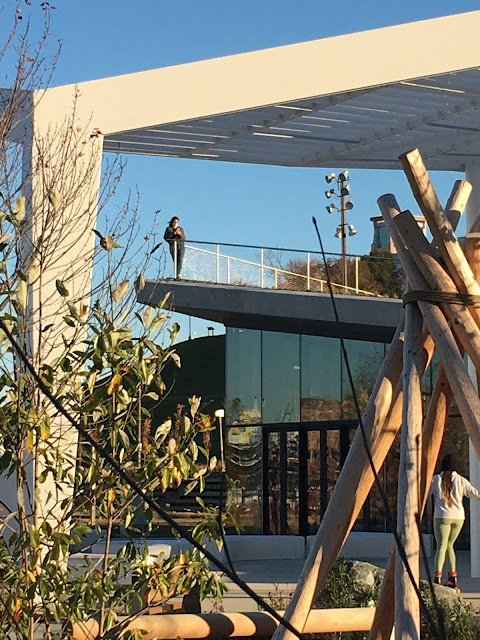 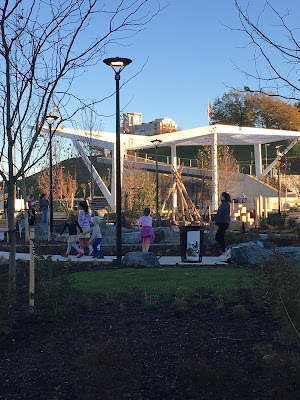 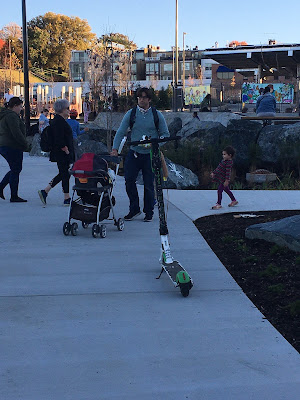 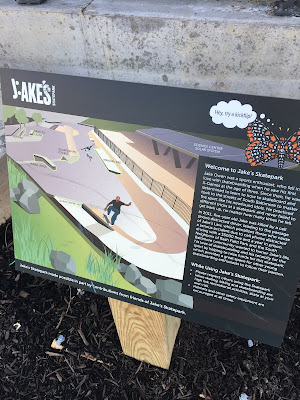 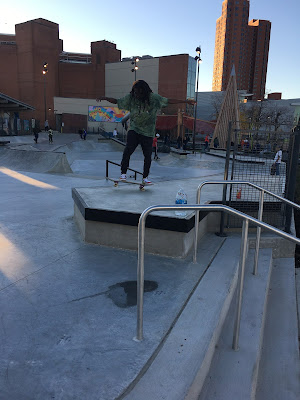 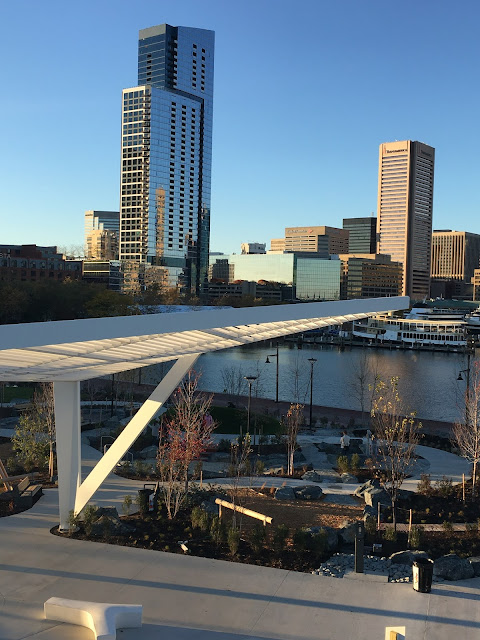 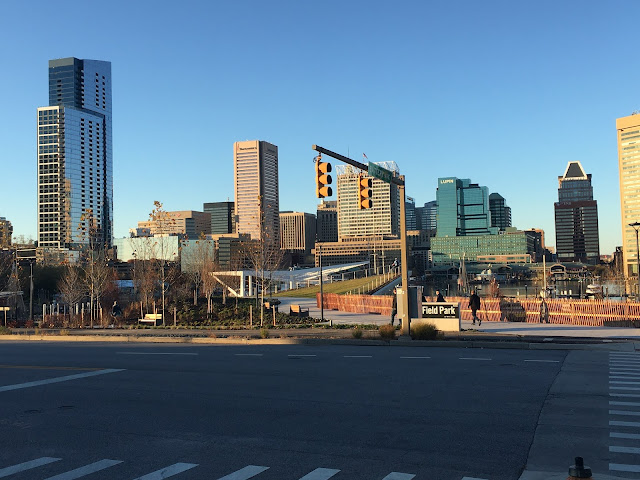