Here the latest news collated by Bill Tarr of the MTA: 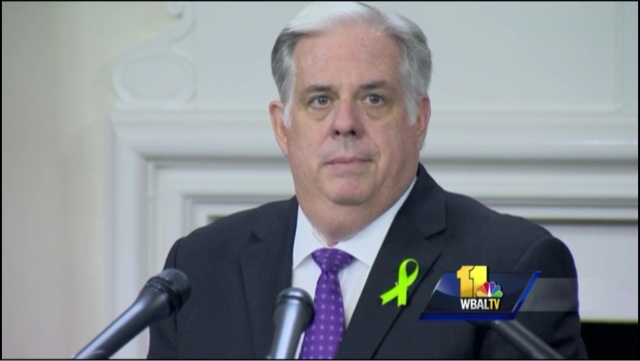 Special Edition
Hogan says no to Red Line, yes to Purple
By Michael Dresser
The Baltimore Sun
June 25, 2015, 3:09 PM
Dashing Baltimore's hopes for an east-west light rail line, Gov. Larry Hogan said Thursday that he will not build the $2.9 billion Red Line.
"The current proposal makes no sense whatsoever," the governor told a State House news conference.
But Hogan, making his first appearance since announcing Monday he has cancer, gave mass transit advocates a limited victory by giving the green light to construction of a slimmed-down version of the Purple Line light rail project in the Washington suburbs.
During his campaign last year, Hogan had said the state could not afford either project. After he took office, however, he ordered Transportation Secretary Pete Rahn to evaluate both and make a recommendation on whether to proceed.
By deciding not to go ahead with the Red Line, the Republican governor is dealing a major blow to Mayor Stephanie Rawlings-Blake, who had hoped that construction of the light rail project across Baltimore would bring a windfall in terms of jobs and economic development.
As planned, the 14-mile Red Line would run from Woodlawn in the west to Bayview in the east, with trains running in a tunnel under downtown, Harbor East and Fells Point. The governor's decision comes after years of environmental studies and public meetings and tens of millions of dollars in state spending on design and engineering.
Rahn said Thursday the "fatal flaw" of the Red Line project was the plan to rely on a $1 billion tunnel under downtown, Harbor East and Fells Point. He said the administration would try to provide transportation assistance to Baltimore in others ways, but he offered no specifics.
Hogan also announced almost $2 billion in spending for road and bridge projects on state highways. Asked if any of that money would go to state roadways within the Baltimore city limits, Hogan said, "Not that I know of." 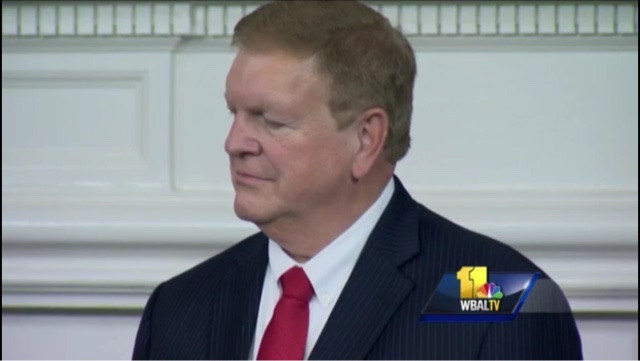 =========================================================
Maryland will move forward on Purple Line, with counties’ help
By Robert McCartney,, Ovetta Wiggins and Katherine Shaver
Bethesda Now
Maryland Gov. Larry Hogan (R) gave tentative approval to the Purple Line Thursday, saying he is willing to build the light-rail line if Montgomery and Prince George’s counties pick up more of the cost and the project is modified to save state taxpayers money. The state’s portion of the cost would be $168 million, he said.
Partly to appease his political base in rural areas and outer suburbs, Hogan simultaneously announced he was increasing spending on roads and bridges by $1.35 billion in coming years.
Hogan’s conditional backing for the 16-mile Purple Line marks a significant reversal for a staunch fiscal conservative who strongly opposed the project when he campaigned for governor last year.
He shifted under pressure from Washington-area politicians and business leaders, who said the project was crucial to improving transit and encouraging economic development n the inner suburbs. He also was apparently influenced by Transportation Secretary Pete Rahn, who came to support the project as long as the costs were reduced.
Nevertheless, the new conditions that Hogan attached to the project disappointed some Purple Line supporters. They worried the process of winning final approval would drag out so long that it would die for lack of support needed from private companies and the federal government.
In a reversal of his own, Montgomery County Executive Isiah “Ike” Leggett (D) said he was willing to consider contributing $50 million more to the project providing it were not altered so much that it cost Montgomery the economic and transportation benefits.
Leggett previously had said Montgomery couldn’t afford to spend any more for the project. It was not immediately clear whether Prince George’s County Executive Rushern Baker (D), whose county isn’t as flush as Montgomery, would be willing to ante up more, as well.
=========================================================
Hogan Says State Will Move Forward with the Purple Line
The state will budget significantly less for the project
BY ANDREW METCALF
Gov. Larry Hogan has decided the state will move forward with the Purple Line. The Republican governor made his decision after months of speculation about whether he’ll kill the $2.45 billion light-rail project.
Hogan said the state will fund the project with $168 million, “a fraction” of the cost of the $700 million previously proposed. The governor said he will ask Montgomery County and Prince George's County to increase the size of their investments.
Maryland Transportation Secretary Pete Rahn said the alignment will remain the same.
This post will be updated as we hear more information about the governor’s new plan. The project got its start as a proposal for a trolley running along an abandoned railroad line—known as the Georgetown Branch—about 30 years ago.
Since then the project has ballooned in scope to a 16-mile train system linking Bethesda with New Carrollton in Prince George’s County. Its 21 stations would include locations in downtown Silver Spring and at the University of Maryland. The project is designed to connect neighborhoods in southern Montgomery and Prince George’s counties with employment centers like Bethesda, Silver Spring and College Park.
Over the years the project has gone through name and design changes. Former Republican Gov. Robert Ehrlich dubbed it the “Bi-County Transitway” and also attempted to have it turned from a rail system to a bus system to reduce costs. Democratic Gov. Martin O’Malley restored the Purpl Line name after defeating Ehrlich in 2006. In 2013, the Maryland General Assembly approved a gas tax increase to raise funds to build transportation projects, including the Purple Line.
But Hogan put the project back into limbo when he was elected in November. The governor frequently criticized the project for being too expensive while on the campaign trail last year.
After taking office, Hogan stayed largely quiet on the project, except for an interview in May with The Washington Post in which he said the price of project is not acceptable. In June, the newspaper reported the state’s transportation secretary, Pete Rahn, was backing the project, but only if costs could be reduced.
Since Hogan took office, supporters of the Purple Line have focused on its business development potential. Business groups as well as transit advocacy groups have lobbied the governor by saying the light-rail is likely to spur development along its route and bring jobs to the state—a key campaign promise of Hogan’s.
Previously, advocates highlighted the route’s potential to alleviate the congestion on the overtaxed roadways of southern Maryland. The project has long been derided by opponents. A
Wall Street Journal columnist questioned the ridership numbers. The Town of Chevy Chase spent hundreds of thousands of dollars lobbying against it. The county and state had to iron out an agreement with Columbia Country Club in Chevy Chase to mitigate the rail line’s impact on its property.
Even a tiny shrimp-like creature—an endangered amphipod—has gotten caught up in the controversy surrounding the project. The amphipod is the subject of a federal lawsuit contesting that the project will damage the critter’s habitat, a possible violation of the Endangered Species Act.
If the light-rail train is built, the Maryland Transit Administration estimates it will carry about
58,000 riders per day if it opens as scheduled in 2020 and ridership could rise to 74,000 by 2040.
Under the most recent cost-sharing plan, the state would split the costs with the federal government, and Montgomery and Prince George’s Counties as well as the private contractor that would be picked to build the rail line. The state would commit around $700 million, the federal government had planned to kick in another $900 million and Prince George’s and Montgomery counties planned to pay $120 million each. The private provider would pay the difference, based on the bid the state selects. The state has estimated the line will cost about $550 million per year to operate.
The Purple Line is one of two major transportation initiatives being pursued currently in the county, with the other being a network of bus rapid transit routes that have also been running into political opposition.
=========================================================
30

Hogan calls the Red Line fundamentally flawed, Rahn identifies the "at least one billion dollar tunnel" as the fatal flaw. He cited the current LRT line as the second worst performing in the country. One of its problems is that it fights surface traffic downtown.In light of this particular reference, it is hard to see how the suggested Red Line tunnel is supposed to be the deciding flaw. Those tunnels for light rail are common the world over. In the US we see them in Philadelphia, San Francisco, Seattle and Pittsburgh.

It is also difficult to understand why Hogan Rahn can be so dismissive about a design that passed all reviews of the Federal Transit Administration and rigorous performance tests including cost effectiveness.
The suggested expenditures of nearly two billion dollars on highways, $850 million of that on brand new road projects is even harder to understand. "Roads in every county of the state" as the Governor stressed, including $190 million for widening Route 404 going to the beach.

One can only assume that it is a political decision to build at least one of the lines, spend lots of money on highways and bad-mouth the line that had to be killed.