Supposedly former Speaker of the House Casper Taylor coined the phrase. We sure heard the previous governor use it a lot. It didn't prevent folks from far outside the beltways from feeling that he waged "a war on rural Maryland"; presumably because they didn't like smart growth and its notion of planning, gun restrictions, the control of farm run off into streams or the increase of transportation money designated for transit. 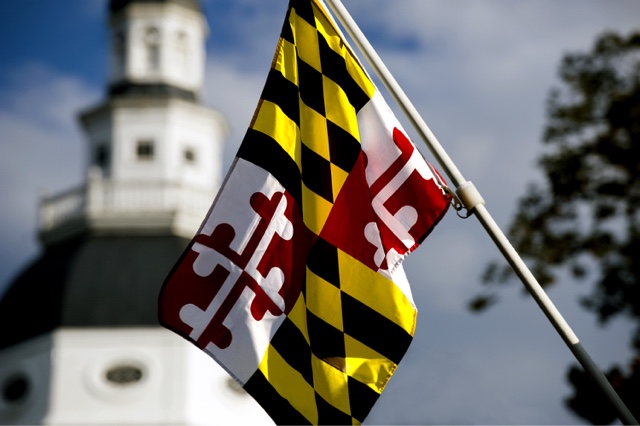 Now rural and suburban Maryland is in power, and Baltimore city feels that the new governor wages a war on on the city, taking nearly three billion dollars off the table for transit that was also to leverage community reconstruction and economic development.
Now the federal portion of that transit money won't go anywhere in Maryland and the State dollars will pave a bunch of roads in the far corners of Maryland. Poverty certainly doesn't exist only in Baltimore but also in Salisbury, Cumberland and anywhere in between, but it is entirely unproved that those rural road projects can leverage community reconstruction or economic development.
"One Maryland" has always been more an aspiration than a reality and it is a fact that there are diverging interests between  farmers and environmentalists, unions and entrepreneurs, urban transit users and rural diesel drivers. When it comes to transit dollars, though, one must realize that it is certainly not limited to big cities anymore and that transit now exists in various forms almost statewide.
The "One Maryland" slogan should remind us though, that beyond our differences we have common interests, and that to solve any of the major challenges we need each other. The small towns and rural areas may represent the by far larger geographical area of our state, but the largest chunk of our state economic product comes from the majority of the people and jobs which happen to be concentrated in the Baltimore metro region.
Conversely, even though far too many  Baltimoreans never get to enjoy the state's beaches and mountains due to extreme poverty, all metro residents depend in some way on the history, the farms, the forests and the resources of towns and villages all across this state.
While an occasional shift of emphasis from government to private industry, from the common good to individual freedom, from environmental protection to innovation and then back again is healthy for a democracy, those shifts should never be accompanied by spite, vindictiveness, self-righteousness or "absolute" principles that see those of different convictions as enemies.
"One Maryland" should mean that, together, we should find enough common ground to move forward in making our State better and more competitive. We don't have enough time and resources to waste on undoing achievements of the past, even if they may not reflect our own priorities.
As someone not born and raised here and as someone who selected Maryland and the Baltimore area as a home of choice, I have little patience with anything that makes any part of this state slide backwards.
Klaus Philipsen, FAIA
Posted by Klaus Philipsen at 4:39 PM