The car is king in Texas

In my series of dispatches from Fort Worth I was waxing about the walkable downtown and the place making qualities of Sundance Square Plaza. Those advances should not cover up the overwhelming reality of car dominance that is felt right around the downtown core through a set of freeways cascading through neighborhoods and making the growing city rather disjointed.

There are promising examples of urban repair such as the Lancaster Avenue boulevard reconfiguration in which highway 30 was actually widened and increased in capacity which would it have happened at grade or in the old alignment would have threatened the historic post office within inches. So the entire freeway was actually pushed north and the old right of way is now in the process of being reconfigured as a six lane urban boulevard. But the elevated and widened I-30 is a significant barrier separating a thriving downtown from an equally thriving Near Southside with its burgeoning arts district around Magnolia Avenue and its two affluent historic districts.

I-35 separates downtown from the Trinity River and where I-30 and I-35 intersect a multi-tiered spaghetti bowl of an interchange has sprung up that casts its noise from some 70' height.

For a city of over 800,000 residents Forth Worth has a very anemic bus system running about 180 buses (compared to Baltimore's 800 buses. Some smaller cities such as Arlington have banned transit from their city limits. The region and TxDOT are studying an option to extend a high speed rail line that is envisioned to go from Houston to Dallas to the city and it will also soon have a railway line connecting downtown to the Dallas-Fort Worth Airport. A streetcar project that had been fully funded was recently killed though.

For the time being, car dominance is pretty much guaranteed. 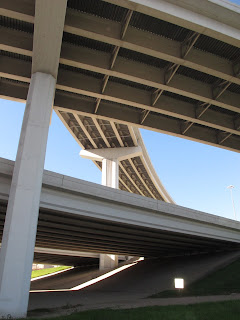 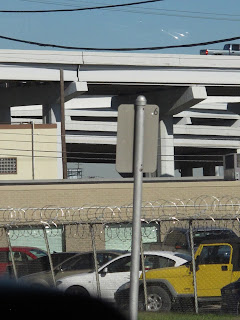 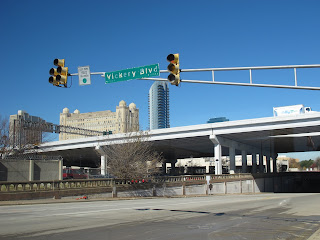 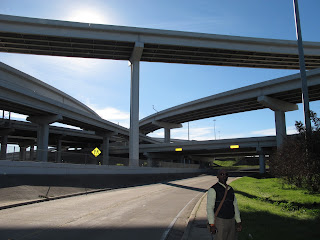 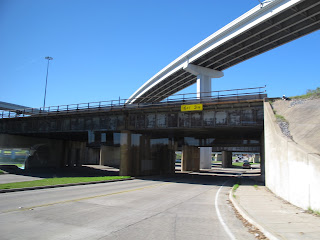 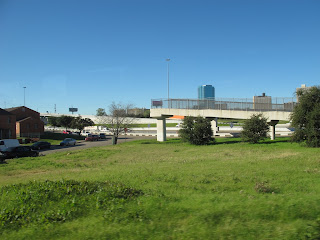 Posted by Klaus Philipsen at 2:47 PM