Londoners can't get enough of crazy bridges across their broad river, remember the swinging Millennial Bridge? Then the Garden Bridge and now this: Check out these newly proposed bridges. But not all Londoners seem to be on board and I can't blame them. Real cities don't need this type of frilly stuff.

There are waterfalls and go-faster striped cycle lanes, funhouses and fairy lights, as well as a handful of odd things to which no words can do justice. A diverse assortment of 74 designs has been unveiled for a new bridge across the Thames, to span the river from Nine Elms to Pimlico in southwest London, providing a “distinctive gateway” to this rapidly changing part of the city.

“We want not only a functional bridge, but a beautiful bridge,” says Wandsworth council’s Conservative leader, Ravi Govindia. “It should be a genuine link between time and space that is both a marker and a wayfinder.” One word he is careful not to use for this thrilling new space-time portal is “iconic”. But that’s what they’re after: a monument to trumpet a place being touted as “the greatest transformational story at the heart of the world’s greatest city”. 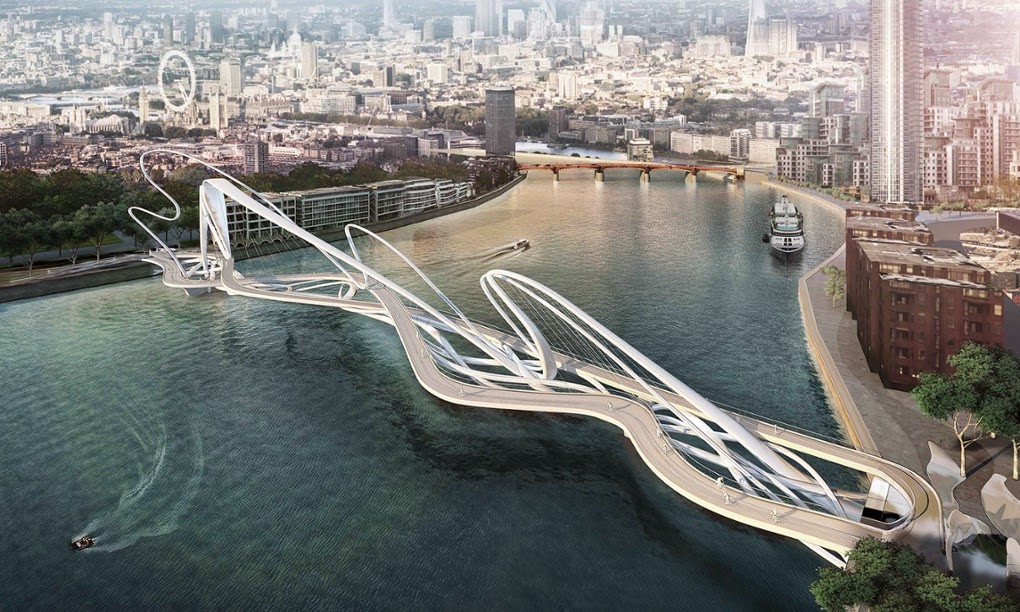 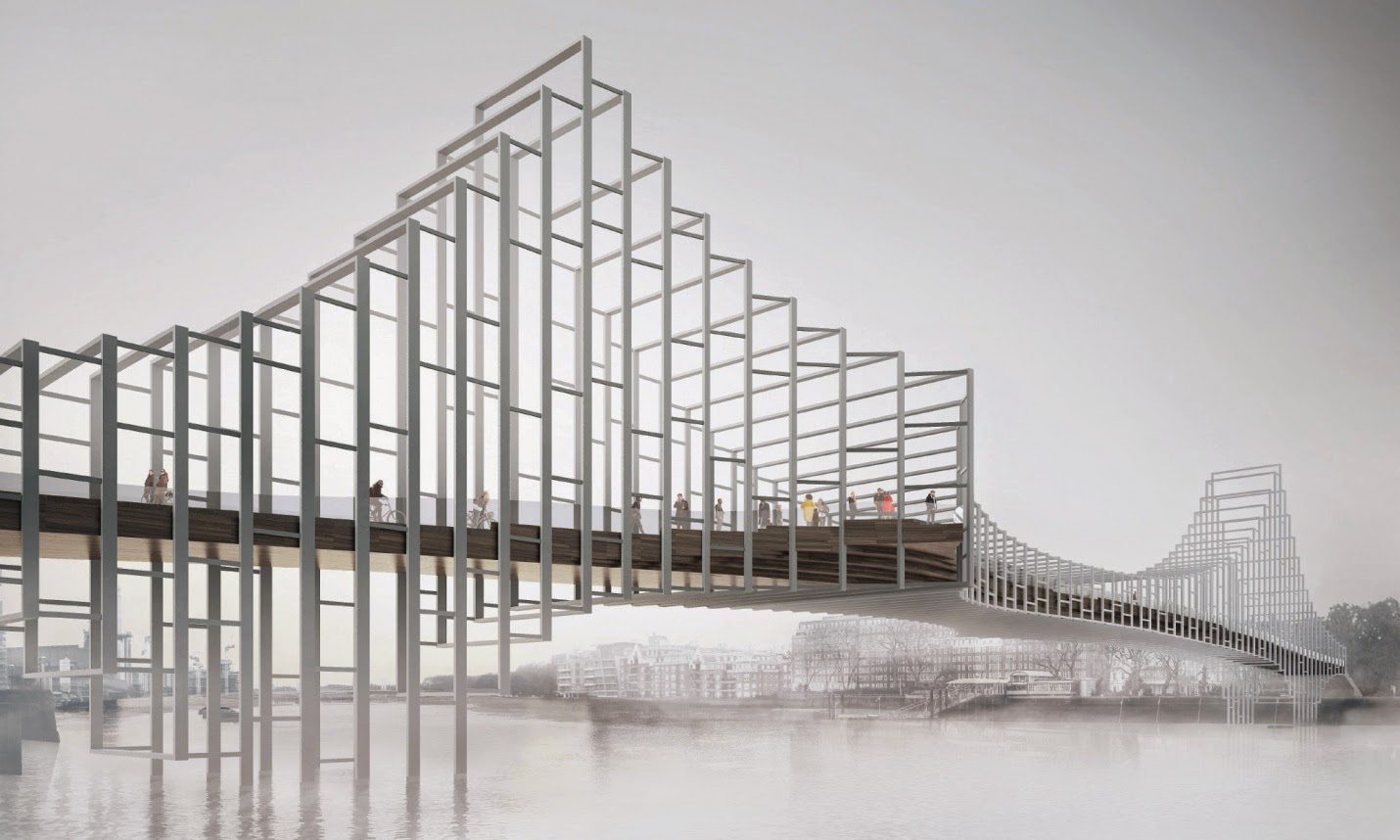 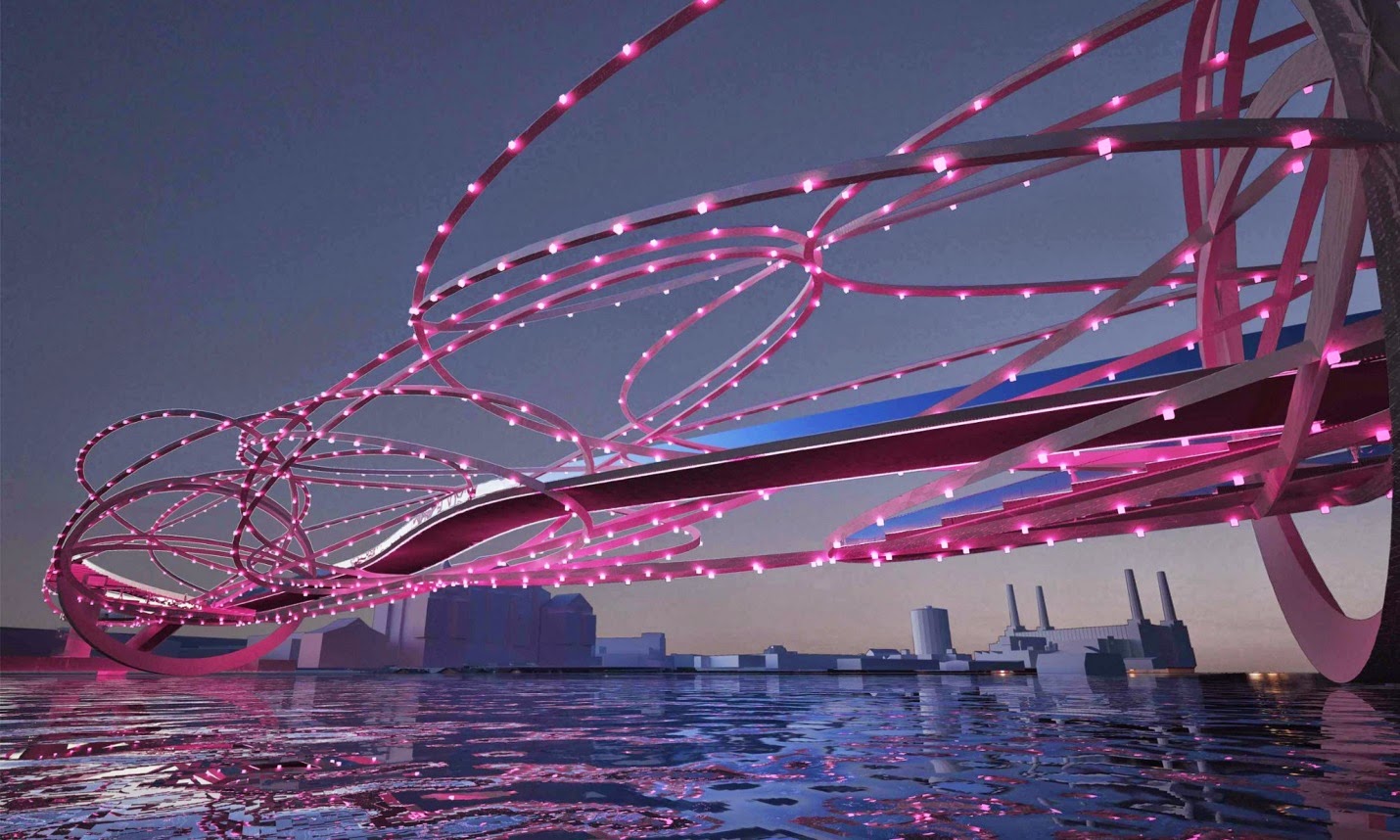 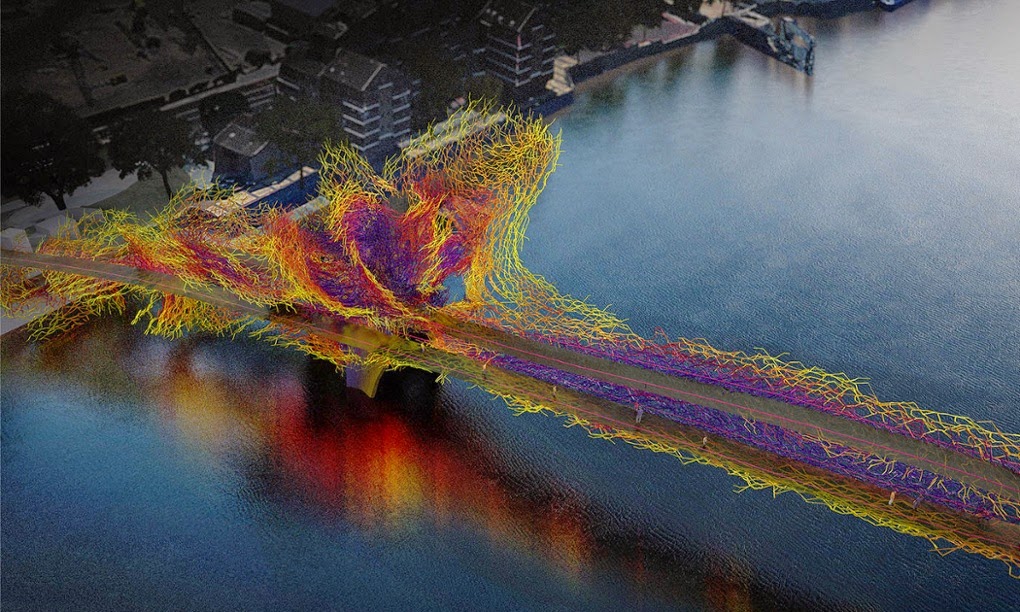 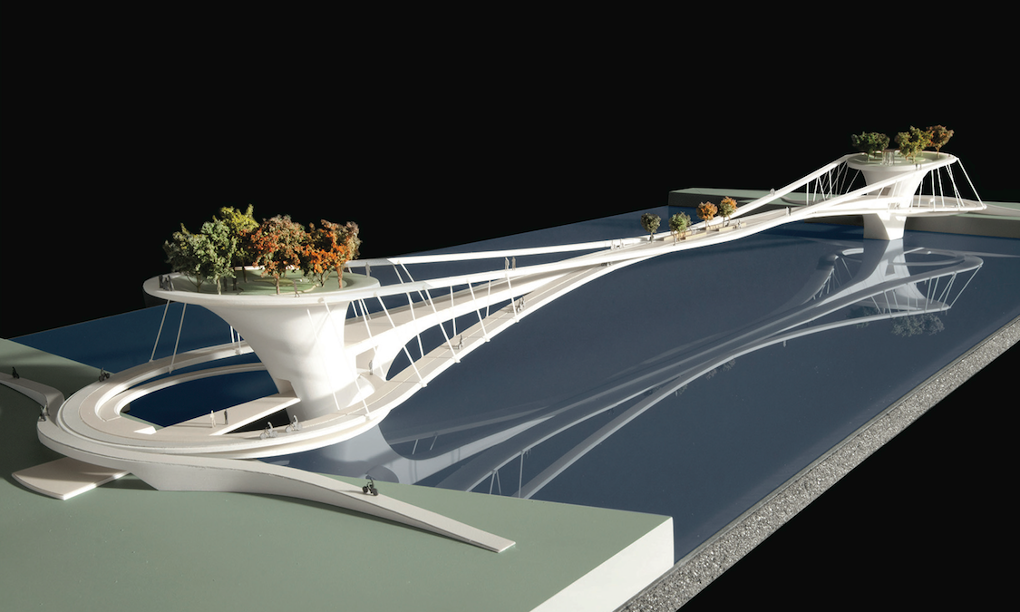 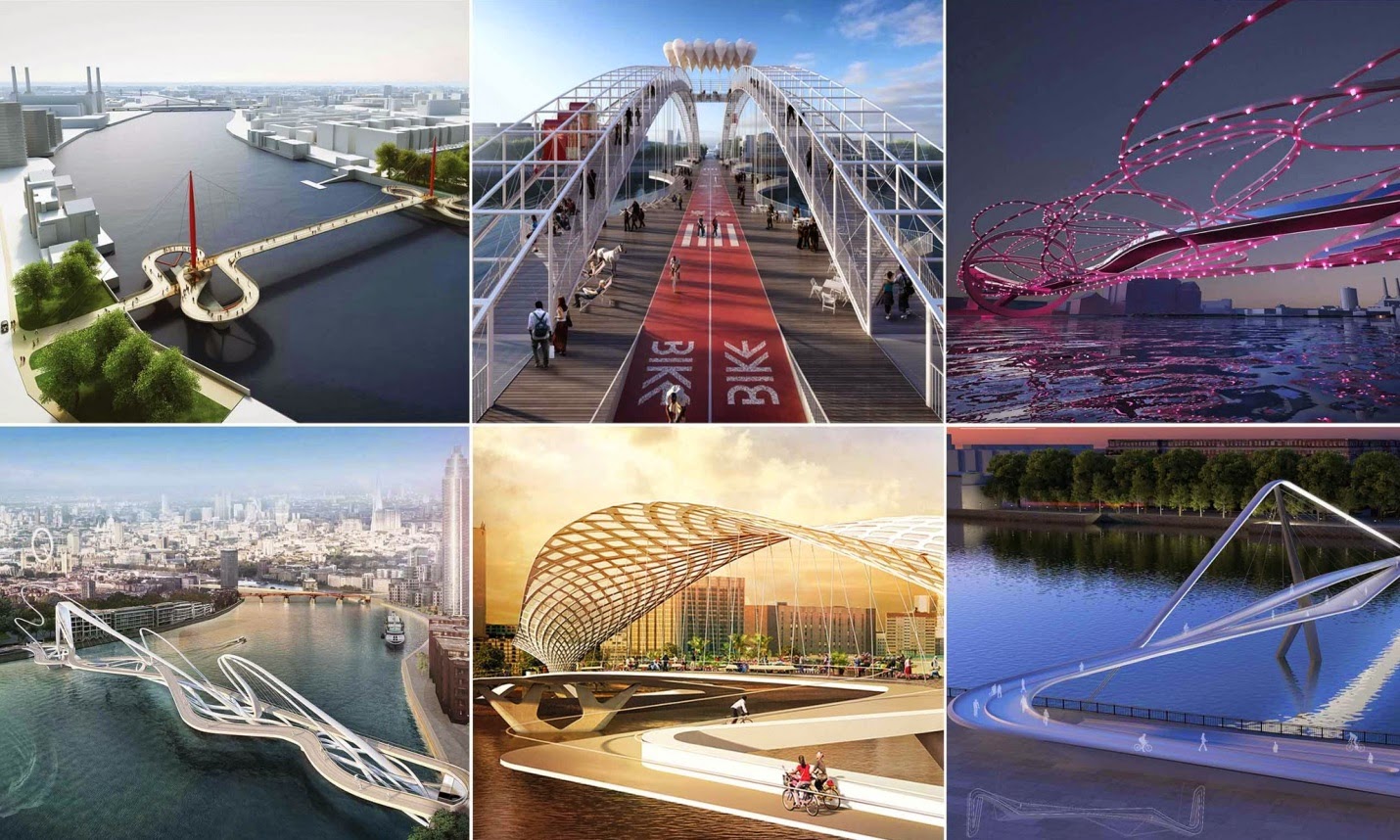 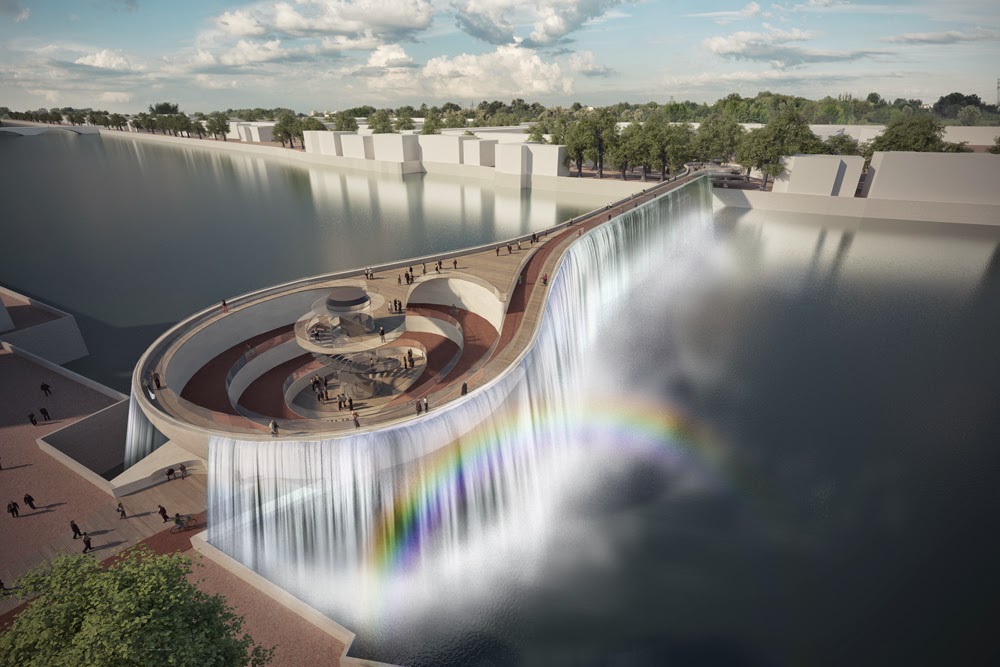 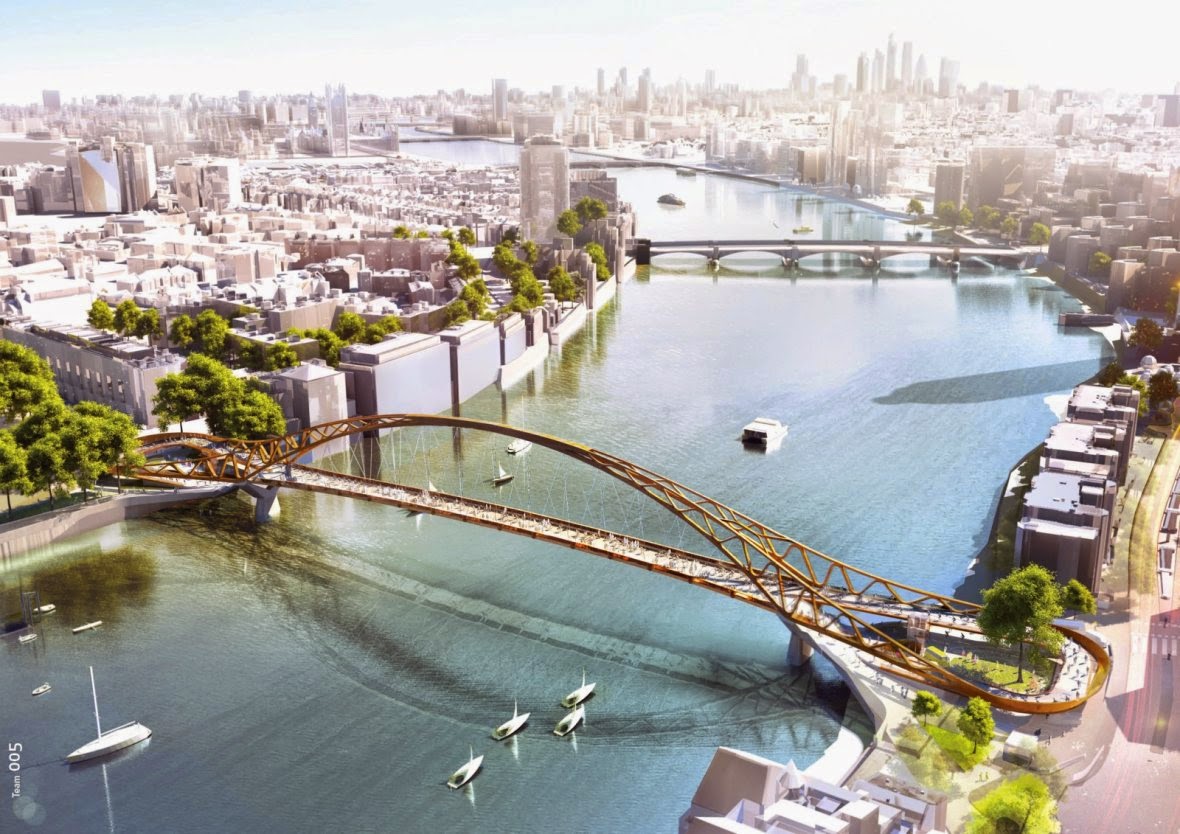 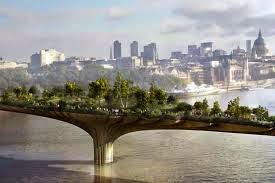 and the Millenium Bridge (actually constructed and retrofitted) 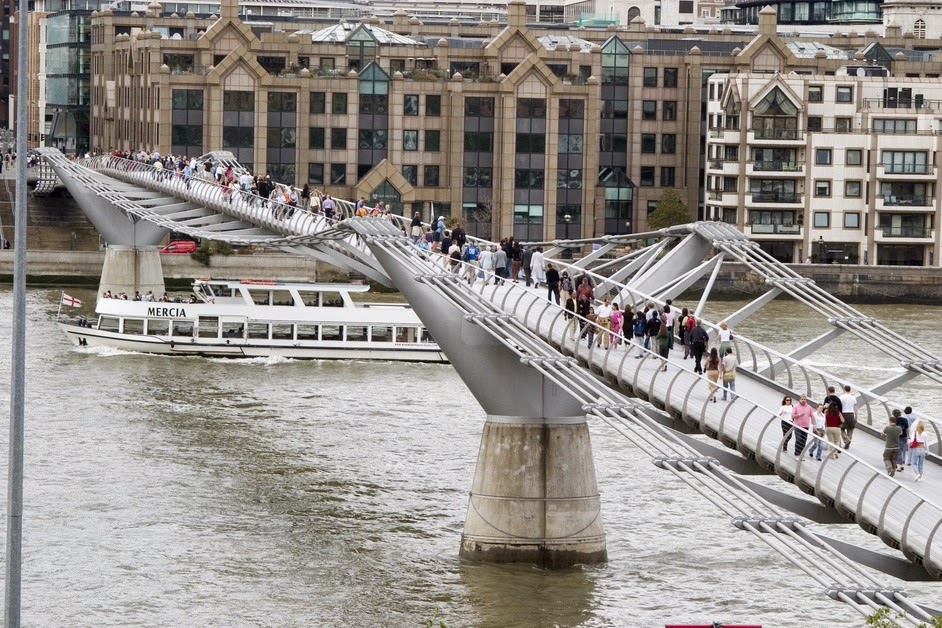 Posted by Klaus Philipsen at 5:24 PM